In preparation for this demolition the Cotton Flat Rd bridge crossing I-20 has been closed. During nighttime demolition, the main lanes will be closed with traffic diverted to the frontage roads, then shifting traffic back to the main lanes with night time service road closure to complete the demolition.

The Midkiff bridge will soon follow with closure and demolition early in 2023.

While work is being done, its recommend that drivers coming  from East take Rankin Hwy to CR 140 to access anywhere south of I-20. For drivers traveling west, its recommended that they use CR 1232 to CR 140.

Midland County will begin reconstruction of SCR1270 Phase 2 beginning on January 5, 2023 with expected completion in January of 2024. Limits of construction begin at CR160 and move south 2 miles to the end of the road.

During phase 1, road south of CR170 to end of road will be local traffic only and will be 1-lane 2-way traffic. 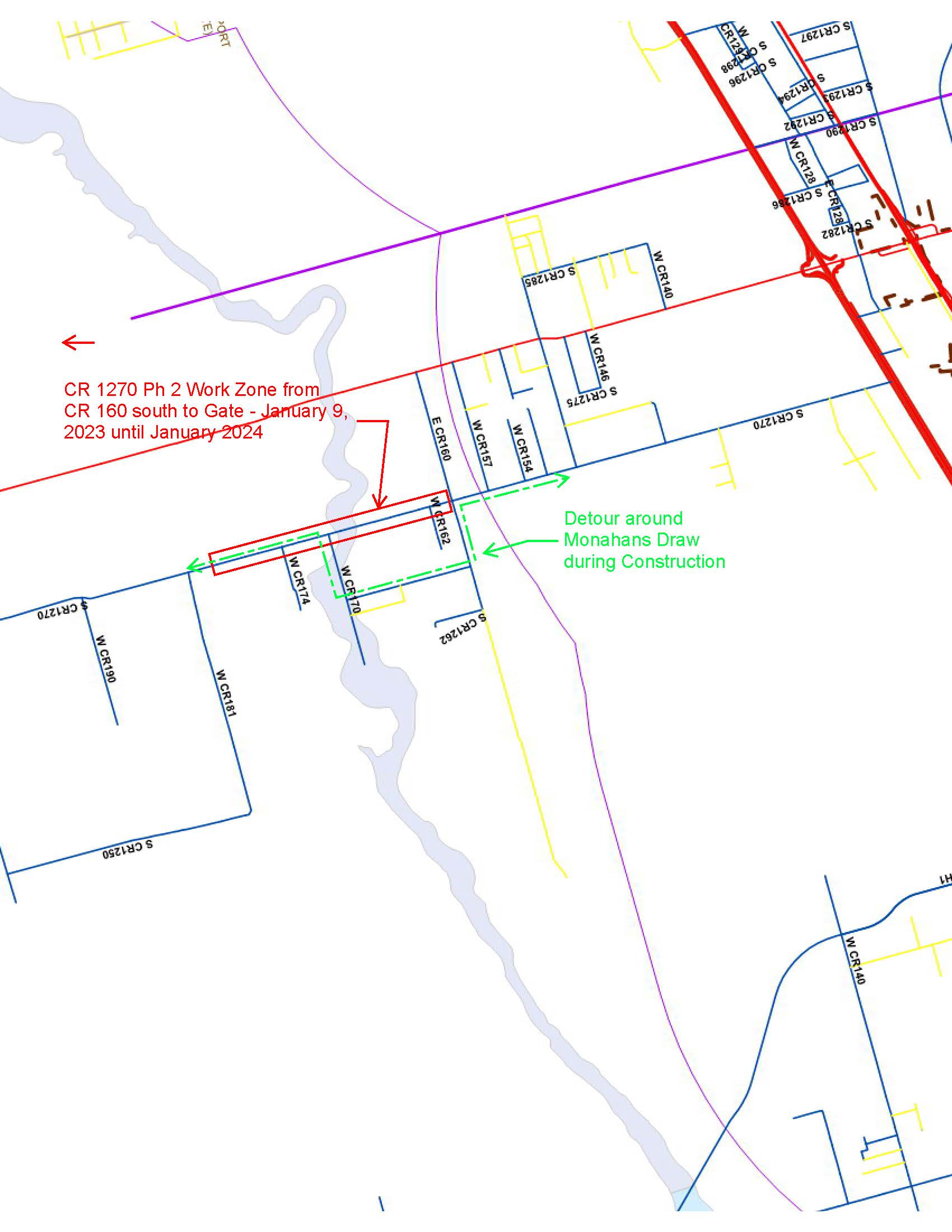 Construction starts on October 31, 2022 and expected construction completion on April 11, 2023

Construction will not move to phase 1b until construction is completed on phase 1a. 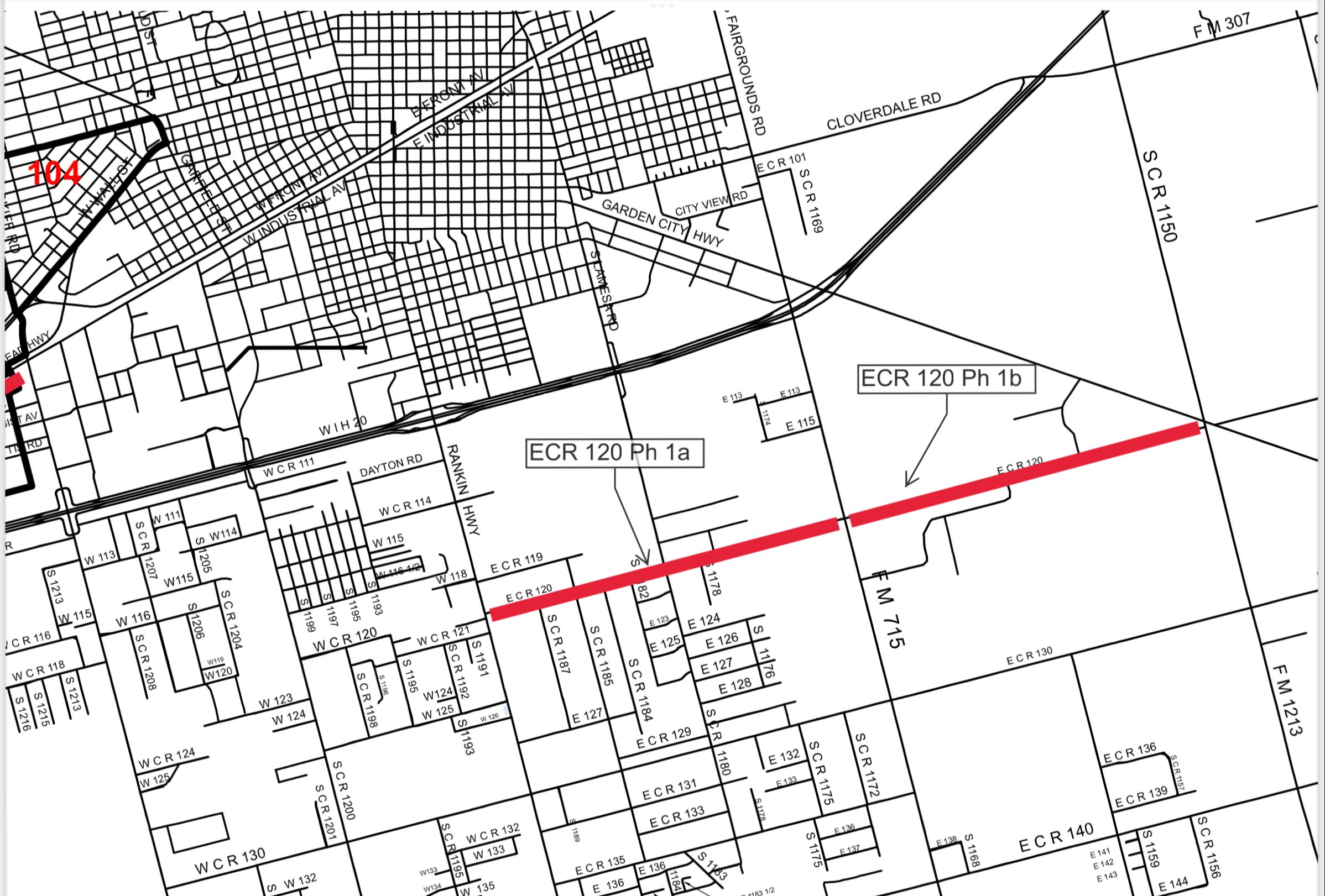 Schedule: This project is ongoing. Completion is expected in the spring of 2023. 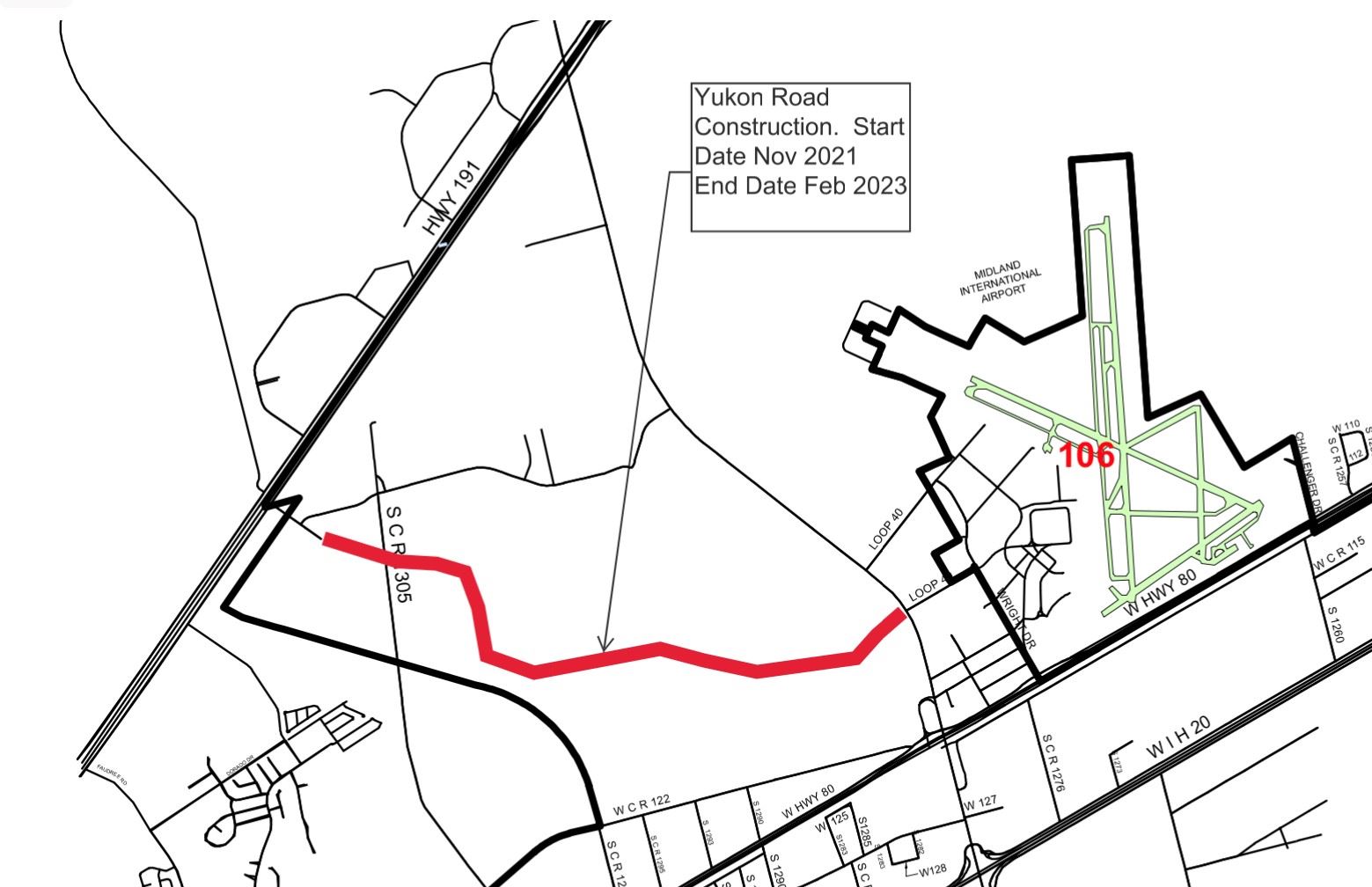 The County is constructing a loop through Midland County starting at the west intersection of Loop 250 and Interstate 20.  The new loop will progress south and east until it intersects with SH 158 near FM 1379.  This road will be a two lane paved road.

Schedule: Parts of the road are completed.  The remainder will be completed by summer of 2023. 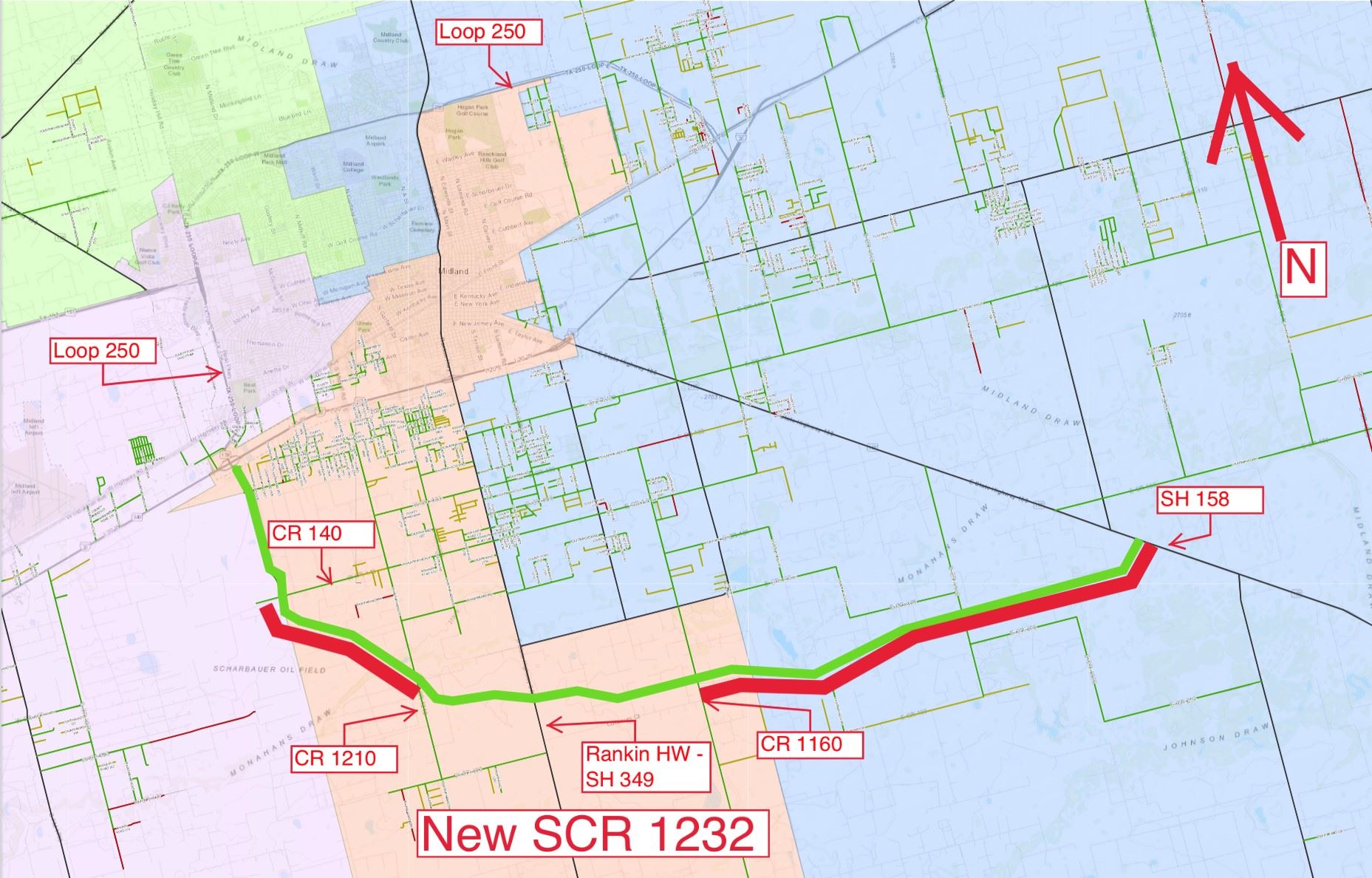 Danny's Paving is now working on Phase 2 off of CR 60.  They have finished the portion of CR 30. They will move south to CR 35 next. They will continue south until CR 40 is done.  Work will be in both clusters/phases until the project is done. 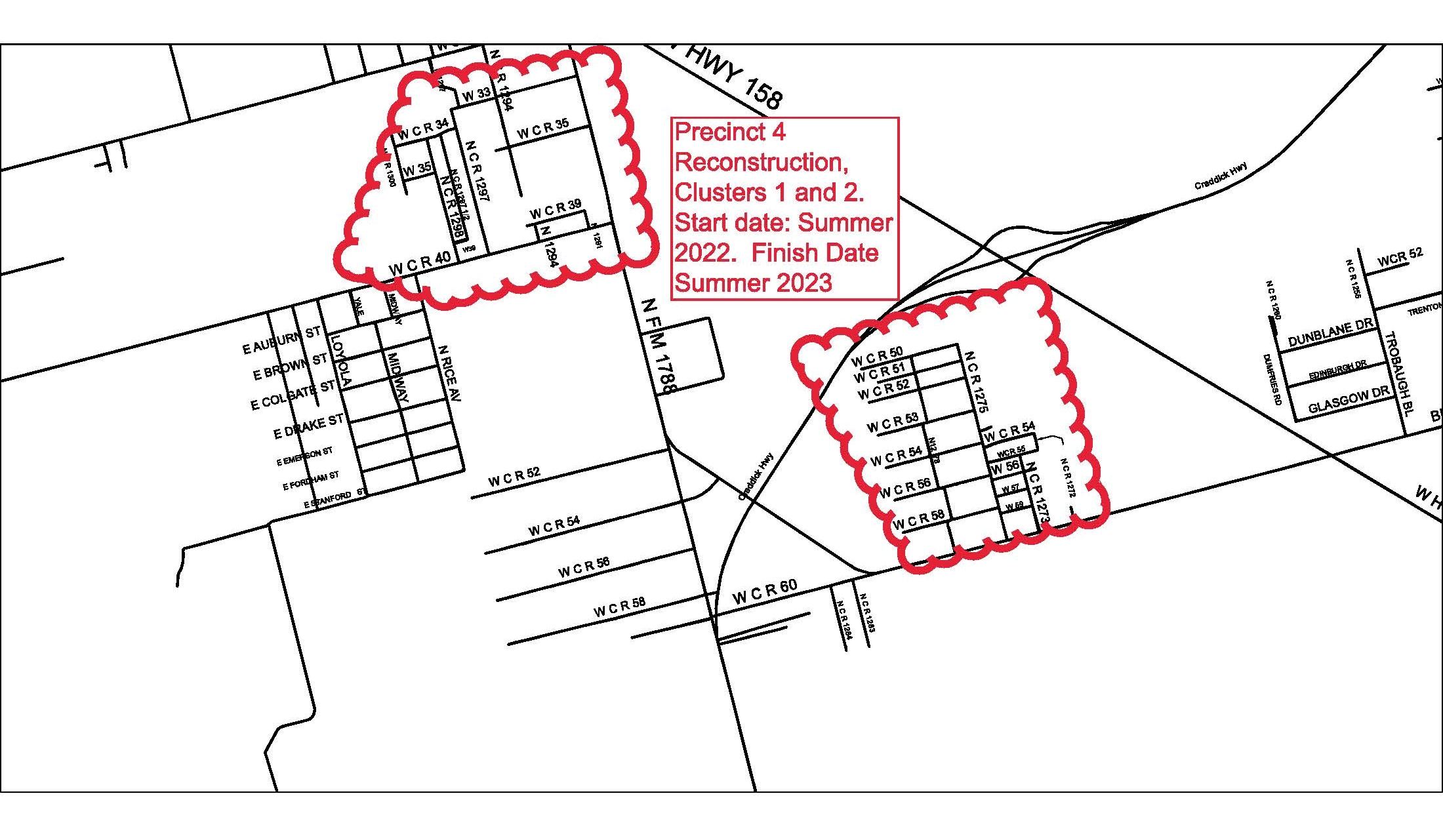